The truss type bridge inspection vehicle truss type bridge inspection vehicle (as shown in the upper right corner) adopts a channel type working platform, which has good stability and large carrying capacity. In use, the inspection personnel can easily enter the platform from the deck or return to the deck, such as configuring elevators. It can greatly increase the depth of the bridge. The product adopts two-stage retractable, two-stage revolving, and two-stage luffing mechanism to form a three-dimensional space and six-degree-of-freedom space motion system. An independent working platform can be formed under the bridge to facilitate staff walking. The stabilizer mechanism, self-propelled support castors and fixed counterweights are installed on the chassis to ensure the safety of operators. The product has the outstanding advantages of easy operation, no interruption of traffic, flexible operation, high work efficiency, easy operation, and high safety and reliability.

Domestic R&D Production Status As early as in the late 1980s and early 1990s, China was transformed and designed by the Department of Highway Planning and Design Institute of the Ministry of Communications at the QY-8 truck crane produced by the Beijing Crane Factory, and finally ended in failure. The development of several units also ended in failure. In recent years, some domestic large-scale construction machinery manufacturers have begun to work on the development of bridge inspection vehicles. Their products and performance can meet the standards of foreign equipment.

Electric motors may be classified by considerations such as power source type, internal construction, application and type of motion output. In addition to AC versus DC types, motors may be brushed or brushless , may be of various phase (see single-phase , two -phase , or three-phase ), and may be either air-cooled or liquid-cooled. General-purpose motors with standard dimensions and characteristics provide convenient mechanical power for industrial use. The largest electric motors are used for ship propulsion, pipeline compression and pumped-storage applications with ratings reaching 100 megawatts. Electric motors are found in industrial fans, blowers and pumps, machine tools, household appliances, power tools and disk drives. Small motors may be found in electric watches.

In certain applications, such as in regenerative braking with traction motors , electric motors can be used in reverse as generators to recover energy that might otherwise be lost as heat and friction.

Electric motors produce linear or rotary force ( torque ) intended to propel some external mechanism, such as a fan or an elevator. An electric motor is generally designed for continuous rotation, or for linear movement over a significant distance compared to its size. Magnetic solenoids produce significant mechanical force, but over an operating distance comparable to their size. Transducers such as loudspeakers and microphones convert between electrical current and mechanical force to reproduce signals such as speech. When compared with common internal combustion engines (ICEs), electric motors are lightweight , physically smaller, provide more power output, are mechanically simpler and cheaper to build, while providing instant and consistent torque at any speed, with more responsiveness, higher overall efficiency and lower heat generation. However, electric motors are not as convenient or common as ICEs in mobile applications (ie cars and buses) as they require a large and expensive battery, while ICEs require a relatively small fuel tank. 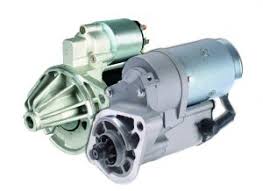 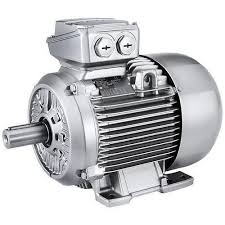 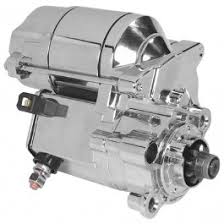